Lady Gaga On Her Support Of Obama, Importance Of Voting 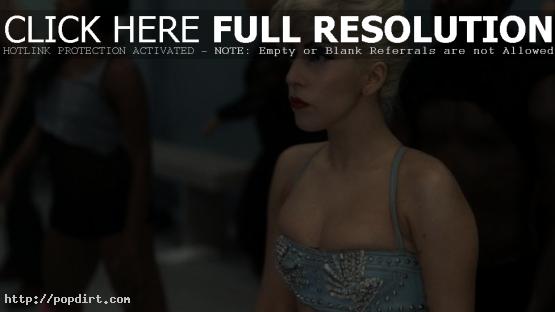 Lady Gaga was on the phone with Colby Colb of Z107.9 in Cleveland, Ohio, where the singer talked about why she was calling in on the eve of the election, why she was supporting Barack Obama for re-election, why it matters for young people to vote, and seeing things different as someone who travels the globe.

“I’m really, really passionate, and I’m particularly passionate about the youth in our country,” Gaga said. “I’m really just calling you today to remind everyone in Cleveland how important it is that you vote. Democracy is founded on the voice of the people and if we don’t vote, it’s not a democracy anymore, we’re turning it into a kingdom. We don’t want that. We want a strong, united nation that isn’t divided, that comes together in the name of freedom. I have sent in my absentee ballot and I watched all the debates and I decided I’ll be voting for Obama.”

Asked why she supported the current president, Gaga responded, “I spent a lot of time really delving into the campaign and even delving into Mitt Romney’s past, meaning his campaign the past four years and his work for Massachusetts, and I spent a lot of time watching the president’s debates and going over his policies for the future, including healthcare, and I just tried to make a really informed decision. Ultimately, what it came down to is I feel that Mitt Romney lacks a certain amount of compassion that America needs right now, especially for young people, because the truth is, it’s the young people that are going to take us into the future. One of the things that Romney believes in that I feel very strongly about is that he doesn’t believe gay couples should be allowed to have children and this is something I feel very strongly about, for a variety of reasons. The first reason being that there’s so many families in America that deserve to feel valuable, and I have so many friends that are in single sex relationships that have children that are just the most wonderful and passionate and wonderful parents, and it’s unfortunate that by other countries right now, that we have to be viewed that we’re not in a modern social space. This is something that I don’t agree with, and I fear that if Mitt Romney were to be in office that he will continue to uphold the sanctions in place that prevent us from being a fully equal nation. These are the things that lead to depression in young people, leading towards suicide. Young people that have parents that are same sex and experience an incredible amount of bullying in school, and all of this is a result of the way that the government interprets the law, so I want a president that is going to interpret the constitution in a way that it was meant to be and to continue to bring us into the future, so that’s why I voted for Obama.”

Discussing how being a world traveler has influenced her, the pop artist said, “I think it is one of the most important things that happened to me in my life is that I travel the world and I see so much that I’ve never seen before. So many people that have it so much worse than we do, but at the same time, that doesn’t mean there aren’t American families that are really suffering right now. Because of that, as somebody that makes a lot of money, knock on wood, I’m not bragging, but I do, I was disturbed by a lot of the things that Mitt Romney was saying. Mitt Romney’s policies coming out of the mouth of somebody that has so much money I can’t understand from even a Christian place. I know that sounds kind of funny because you sort of associate being Republican with being Christian and being Democrat with being whatever, but actually I’m a Catholic and I make a lot of money and I want to give a lot of it back and I don’t want any tax breaks. I want people in my country that don’t have a lot, I want them to have more. I want them to have what I have. I feel guilty every day that I can’t give it to everyone, but you can stand up for what you believe in and you can vote. Those are my views, but I don’t want to impress my views on everyone that’s listening. I’m sure there’s people driving in their cars going, ‘Shut up Lady Gaga!’ I’m really just calling because I want you to be as passionate as I am, no matter what it is that you feel.”

The interview at ooyala.com has since been removed.