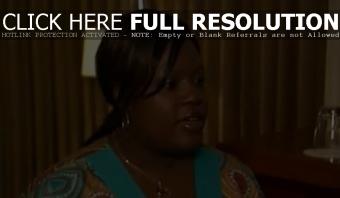 Laura Saltman of AccessHollywood.com caught up with LaKisha Jones to talk with her about getting the boot on ‘American Idol’, singing on the hit show with a raw voice, and more.

On the difficulties singing multiple genres, LaKisha said, “It is a challenge, and sometimes challenges are good. In my case, this week, it was not good. It is what it is. I think that I was meant to be #4. I believe in destiny, that whatever God has for me, I will have, what’s not for me, I won’t. If it was meant for me to win ‘American Idol’, I would still be there. Evidently, this is where I stop and then start my next journey.”

Watch the segment via AccessHollywood.com below the cut.

A Tidal Wave Of ‘Idol’ Worship

May 13, 2007 – The Seattle Times reported on Blake Lewis’ return to his Bothell hometown, where he was greeted by thousands who poured into the streets on Friday to cheer on the 25-year-old beatboxer, who is one of three singers remaining on ‘American Idol’. “Everyone is talking about this,” Julia A. Smith said as she grilled hotdogs that were being passed out free to the crowd in Bothell. “It’s so weird to hear Blake on TV say he’s from Bothell. It’s like, ‘Oh my God, he said our town name!'” Read more and check out pictures here.