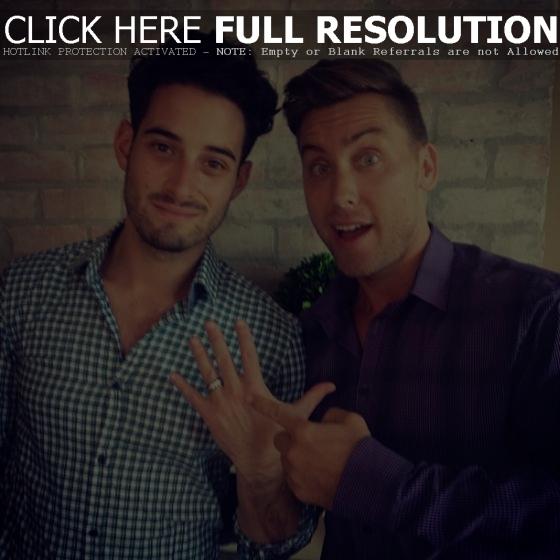 Lance Bass turned to Twitter on Sunday (September 1) to reveal that he is engaged to boyfriend Michael Turchin, who the *NSYNC star has been dating since December 2011. The 34-year-old told followers (@LanceBass):

He said YES!! Love this man.

Us magazine had reported that Bass asked for the permission of Michael’s parents before popping the question. “They’re such a great couple, everyone is so happy for them,” a source told the publication. “Their friends and family are thrilled.”

«Dale Earnhardt Jr. Jr. ‘War Zone’
Cody Simpson ‘If You Left Him For Me’ Live In Montreal»