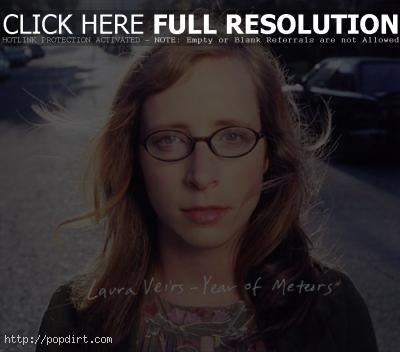 Seattle-based singer and songwriter Laura Veirs has just released a new album, ‘Year of Meteors’. It’s the follow-up to 2004’s ‘Carbon Glacier’, which was hailed as a masterful blend of pop, folk and country. Veirs dropped by ‘World Cafe’, and performed ‘Secret Someones’, ‘Galaxies’, ‘Fire Snakes’, ‘Lake Swimming’, and ‘Magnetized’.

Talking about ‘Year of Meteors’ being a road album, Veirs said, “I wrote most of the songs while touring and actually in between touring and at home. When I’m on tour I use a journal to categorize my ideas and sort of have a little space to myself. I do a lot of writing and I come home and look through the journal and try to find little bits of lyrics that eventually turn into songs. Some of them actually just present themselves as full songs and other times I just grab a little something and then create a song around it. So most of the ideas I had were acquired while on tour, so it’s a road record but it’s not like, oh we went to Paris and had drinks at a bar. It’s not directly literal.”

On writing in journals, she said, “I actually started writing in journals when I was a fifth grader. My parents took us out of school for a year, my brother and I, they home taught us and we traveled all around. One of the assignments was to write in a journal every day. I’m really glad that they encouraged us to do that, because I stuck with it and have used that process as a way to deal with my life and it’s turned me into a songwriter I think.”

As for why she was home schooled, Laura said, “My dad is a professor at a college, and he took a sabbatical year and taught for half of a year at a college and the other half of the year is what we took off. They just wanted to show is the world and we drove around in a hippie bus and drove through every state in the U.S. and looked at all the historical sights and went to lots of national parks and a lot of camping. We drove down into Mexico and my dad gave a couple of lectures there. We went to Costa Rica and Nicaragua. It was sort of the beginning of my interest in travel and actually set the pace for me. I felt I had gained a lot of skills that year even though I was eleven, for things that I’m using today. Traveling around, tour managing ourselves, and getting place to place and being able to talk with people and being friendly. It was fun and I learned a lot that year.”

Listen to a replay of the program via NPR.org below.