Lee Ryan ‘When I Think Of You’ Video 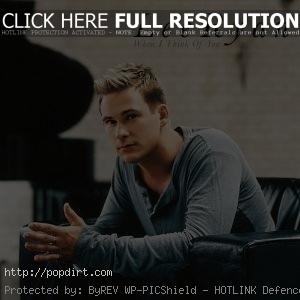 Former Blue star Lee Ryan is out with the music video to his new single ‘When I Think Of You’, from the British pop singer’s self-titled debut. Watch it online below.

November 10, 2005 – Former Blue star Lee Ryan appeared with ‘Ice Age 2’ characters Scritch and Scratch as he switched on the Regent Street Christmas Lights on Saturday (November 5) in London, England. This year’s theme was inspired by the animated film ‘Ice Age 2: The Meltdown’.

Lee Ryan: 50 Cent’s Not That Tough

October 25, 2005 – Former Blue star Lee Ryan, who often has made bizarre remarks, appears to have struck again with a challenge to 50 Cent. “I don’t think much of that 50 Cent lot,” the boy band singer told The Daily Star. “I met him recently and he’s not really that tough. Not tough at all. They don’t scare me, they want to come down my area…then they’ll see what rough really is.”

Lee Ryan Wants To Be Reincarnated As Pamela’s Boobs

October 24, 2005 – The Mirror reports that former Blue star Lee Ryan wants to to be reborn as Pamela Anderson’s silicone-enhanced breasts. “If I could come back as anything I’d be Pamela Anderson’s thrupenny bits,” he told Capital FM’s Seven show. “That would be heaven.”

October 14, 2005 – Despite suffering from a chest infection, former Blue star Lee Ryan greeted fans and signed copies of his single ‘Turn Your Car Around’ at Woolworths in Southampton, England on Monday (October 10).