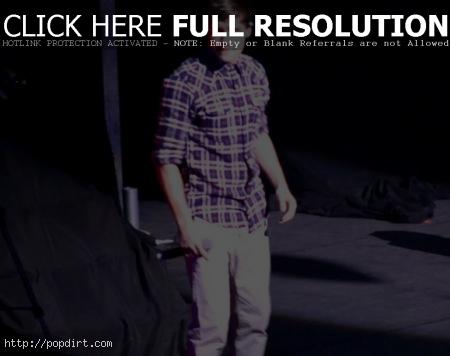 Ryan O’Connor chatted with Liam Payne of One Direction on South Africa’s Kfm Breakfast in Cape Town on 94.5 the other day. The boyband member talked about if he thought his career would ever be as a pop artist, having fans in all corners of the world, working with Simon Cowell and the girlfriend status of himself and his bandmates Niall Horan, Zayn Malik, Harry Styles and Louis Tomlinson.

On whether he felt he’d be doing this for a living:

No, not at all. When we kind of got put together in the group, we kind of thought we’ll take this as far as we can and just carry on in the (‘X Factor’) competition. To be at the state where we are now, with each of us having over a million followers on Twitter is absolutely amazing. Just the other week, we got voted in for a Brit Award, which is one of the biggest awards you can win in music in Britain. The fans have been incredible, but it’s all down to them. We owe so much to them.

On having fans stretch as far as Cape Town:

It’s absolutely amazing to see the reaction we get on Twitter from all the fans around the world and stuff. We didn’t even think we’d be making records in the UK, especially making records around the world. It’s just great people have gone on the internet, gone on YouTube and taken interest in our fans and our music. We’re just so thankful for it.

He’s amazing. He knows it all. He’s been doing this for ages, but he’s kind of stepped back a bit and given us a bit of freedom and choice as well. We’ve got to co-write on the album on three songs. We got to pick what songs went on and off the album. What singles come out. That’s really important because we want to be our own sort of band and kind of keep it authentic and real.

On whether he’s got a girlfriend:

Yeah, I’m actually one of the boys in the band that’s got a girlfriend. Louis has a girlfriend as well, but the rest of the boys are single, so there’s still lots of One Direction boys up for grabs.