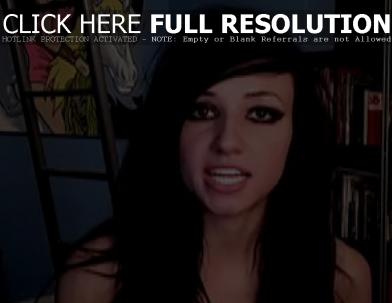 “Hey it’s really late in Toronto and I’m sitting here eating my goulash, which is a soup, I believe it’s Russian, and to me it would be like if beef jerky were made into a soup, it would be like goulash,” Lights said. “It’s a really good late night snack.”

As for social media, she said, “When I was up on stage, people were taking pictures of my arm tattoos, which are in German, and Twittering them out, really hi resolution photos of them, sending them out on Twitter, and getting translations back, so the time I got off stage, someone was like, is this what they say? If you’ve never been on Twitter, it’s this crazy new thing where it’s like the update status bar on MySpace and Facebook, it’s like nothing but the status bar so you can set it up on a cell phone or straight from the web. That’s what I’ve been doing. I got into that the last couple of nights.”