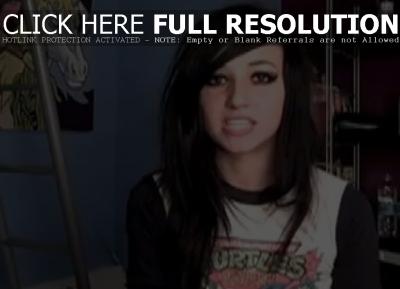 Lights checked in with fans on her YouTube channel back home in Toronto after attending SXSW in Austin, Texas. The eccentric synth pop singer said the highlight of the trip was to see the world’s largest urban bat colony, one of the 50 things she wanted to do before she dies. She added that her new DIY ‘Ice’ video cost only a bit more than a box of Q-Tips and talked a bit about the concept.

“It was a totally amazing trip all in all,” Lights said about SXSW. “I met some really incredible people, played some wicked shows, saw some amazing shows, and a big thank you to the good friend that came and brought me this Wrath of the Witch King collectors edition. I’m debating whether I should keep it in its haggard packaging or crack it open for the exclusive in-game pet Frosty the undead dragon. I already have 30 pets on World of Warcraft so I carry them like a zoo in my bag. Wouldn’t hurt to have another one.”

She added, “But the highlight to the trip all in all in Austin, Texas was seeing the emergence of the bats underneath the Congress Bridge. There’s four million bats that live there. It’s this totally urban community of bats. There’s even a poster that said that. I have this list of 50 things to do before I die and seeing the bats emerge in the Bracken caves in Texas is one of them. This isn’t the Bracken caves but it will suit.”