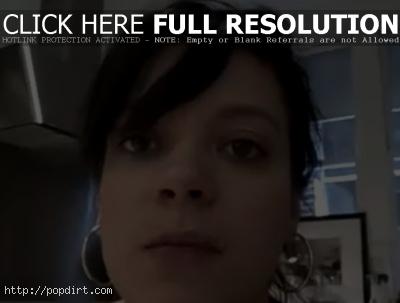 Lily Allen is taking on U.S. President George W. Bush in a new track added to her MySpace player. Allen writes, “Its just an idea, called ‘GWB’. My label won’t let me put whole songs up till next week. Anyway here’s one idea. I did the edit myself on garage band so sorry for the abrupt ending.”

Included in the lyrics of the song: “So you say, it’s not okay to be gay, well I think you’re just evil. You’re just some racist who can’t tie my laces, your point of view is mid-evil”, followed by the chorus, “Fu** you, fu** you very, very much.” Later, Lily sings, “You want to be like your father, if it’s approval you’re after, it’s not how you find it.” Listen to the track at myspace.com/lilymusic.