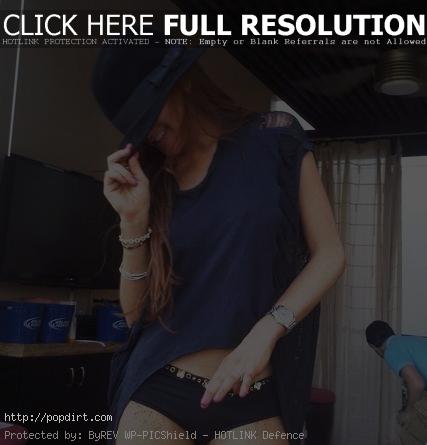 Lindsay Lohan took to her Twitter (@sevinnyne6126) to remember Michael Jackson, who she got the chance to introduce at the 2006 World Music Awards. The singer/actress tells readers:

MJ was playing when this was taken, I’m not that much of narcissist

PLEASE I beg of you-watch this video until the bitter end. A *g-d* in my mind… so please. God bless the Jacksons

An incredible force that has inspired so many of us…in so many different ways. We are the world, so let’s 4 Michael Jackson-make it a better place. My love goes out to Quincy & family, as well as the Jackson family. Watch the video….

Ryan and Lindsay later had this to say on their Twitter pages:

Lohan: Working on a really great project for television- I am excited! Something meaningful like Extreme Home Makeover on ABC.. :)

Seacrest: Met with Lindsay last night about a show idea I have for her.. it helps people and gives others a second shot! Still putting it all together.

The TMZ footage at MySpace has since been removed.