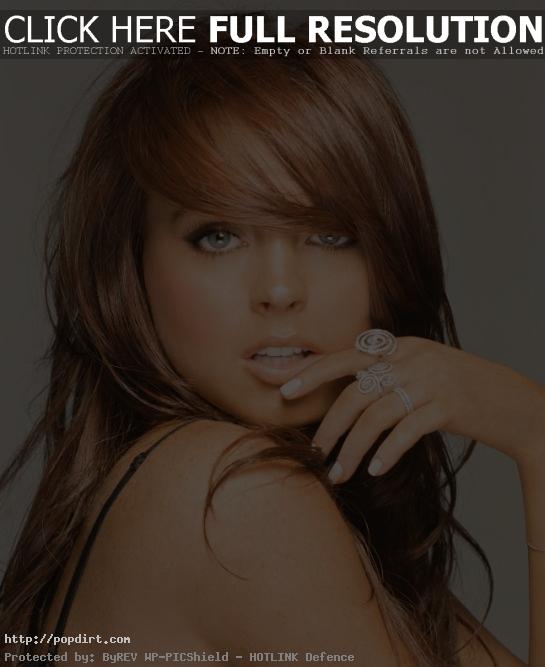 The Associated Press reports Lindsay Lohan and her boyfriend, Wilmer Valderrama, have ended their relationship “They have broken up, but are still friends,” Valderrama’s publicist Heidi Slan said, declining to provide details. Read more.

After Lindsay Lohan was hospitalized recently, the singer/actress issued a statement last week regarding her father Michael Lohan in which she said, “I have been informed that [my father] has started false allegations regarding myself and the cause of my illness.”

Mr. Lohan in response told The New York Daily News: “I was told by members of press that drugs might be involved. I said, ‘If that’s true, I will get to the bottom of it.’ I think drugs are around Hollywood. Do I think my daughter is using them? Absolutely no way!”

MTV News caught up with Lindsay Lohan and asked the actress/singer how she was doing after being recently hospitalized. “I’m feeling better now,” Lohan said. “I was working a lot, tired, and run down. I had been sick and ignoring it and avoiding it. I wasn’t going to the dentist, I wasn’t going to the doctor, I was just trying to work through it. And you know, when you’re sick and you don’t take that break, it’s hard to heal and get better.”

‘The Insider’ reports that Lindsay Lohan is back on the set of ‘Herbie: Fully Loaded’ after her hospitalization with high fevers and headaches. She recently shot a magazine cover and she’s already booked performance dates on ‘Good Morning America’, ‘Live with Regis and Kelly’,and MTV’s ‘Total Request Live’ for the release of her CD debut next month.

Lindsay Lohan’s wild lifestyle has taken a toll on her health, landing the singer and actress in Cedars-Sinai Medical Center with flu-like symptoms after a hectic schedule. “Lindsay’s headed for disaster,” a close source tells The National Enquirer. “With movie commitments through 2007, it’s all moving too fast for her to keep up. Her nasty attitude isn’t helping. And the crazier and more unpleasant her life gets, the more bitchy and overwrought she becomes.”

Lindsay Lohan’s Dad Was Banned From Visiting Her In Hospital

A source close to Lindsay Lohan confirmed to Star magazine that the teen queen’s mother, Dina, “already has” a protective order against the starlet’s father Michael, which effectively means he was barred from visiting his daughter in Cedars-Sinai Medical Center.