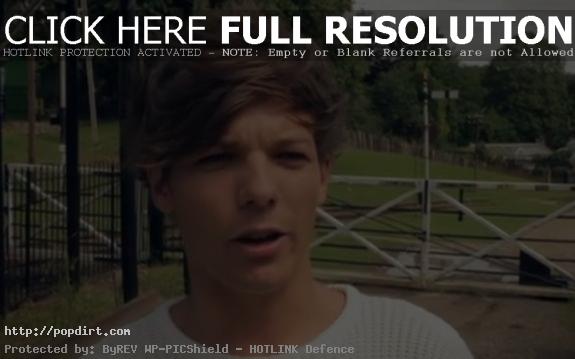 Louis Tomlinson is also offering his take on the One Direction album photo shoot for their second LP ‘Take Me Home’, where Louis joined his bandmates Niall Horan, Zayn Malik, Liam Payne and Harry Styles to pose for some pictures on a bus and on a couch in a field.

Describing the location, Louis said, “We are in Henley-upon-Thames. A beautiful place, quite different from London. You can see lovely wildlife here. It’s a fun place.”

As for the itinerary for the shoot, he said, “We’ve got like four or five different looks today, and we’ve just sat on an old bus, just trying to grasp lots of fun really.”

“We’re just excited to get more new music out there,” Louis said about ‘Take Me Home’. “Obviously it’s exciting when a new song goes to radio. The first album was successful, which was obviously thanks to you guys, the fans. The pressure is on for us to better that this time.”