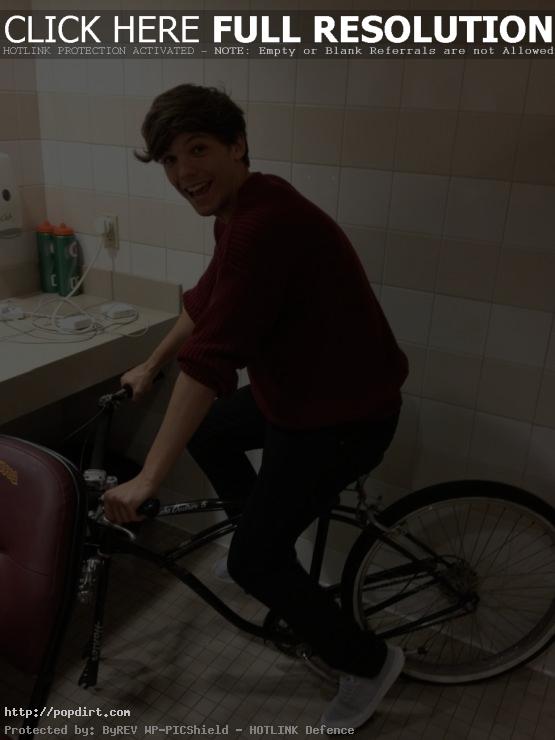 One Direction member Louis Tomlinson spoke with Rovers Player, the official TV channel of Doncaster Rovers, about his upcoming charity game at Keepmoat Stadium in aid of Bluebell Wood. The game is set for October 22nd and features the Rovers taking on his local pub team, the Three Horse Shoes.

Talking about his history working at Keepmoat Stadium, Louis said, “I had quite a lot of jobs before One Direction. I wasn’t very punctual, so occasionally I would turn in late for work which would often lost me my job. However, yeah, I did used to work here selling the burgers and the hot dogs and that type of thing. It was good fun actually. It was nice that you could occasionally catch the game if you’re sneaky. Yeah, it was a nice atmosphere.”

Discussing why he helped set up the charity game, Louis said, “I’m very lucky to be in the position that I am and I thought what would be the best way to have others benefit from what I’m experiencing at the moment. Obviously it’s always great to do things for charity and as a band that’s really important to us. Not just that, for my lads, my friends at home, I just thought let’s do something that could be as big as possible for the lads. All of the lads are very, very excited.”

In choosing Bluebell Wood to be the charity benefiting from the game, he said, “I just knew Bluebell Wood as a great cause and a great local charity. We do bits of charity here and there, but it was important for me to do something more local, close to where I’m from. I noticed in the press that Ed Sheeran and other artists, he came and did a bit of work for Bluebell Wood which is great.”

Questioned if he is doing a fitness program to prepare for the match, Louis replied, “Yeah. I actually had my first session yesterday. I’ve got a personal trainer called Georgie. He just turned pro boxer and I started with some boxing training because it’s just absolutely relentless. I’m aching a bit today but yeah, I’m gonna train regularly and hopefuly I’ll last the whole 90 minutes.”

Asked to describe his game, the pop singer responded, “I think if I was gonna describe myself as a player, I should underplay so people don’t expect, so I would say I’m just a pretty average player. I’m quite aggressive actually, quite aggressive player.”