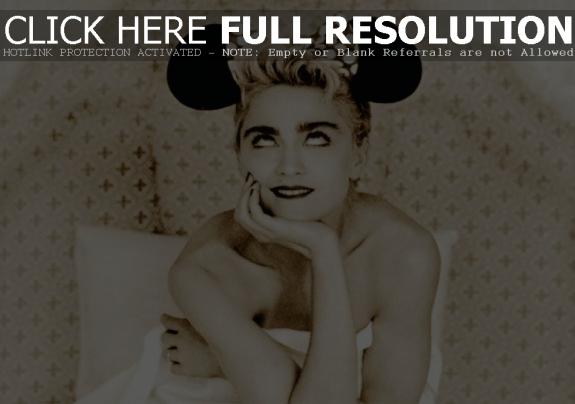 The Sunday People reports Madonna is being blasted by her stepmother for failing to help her destitute 70-year old father Tony Ciccone. Joan Ciccone said, “She knew the position we were in because she had come to stay, and even brought her children. But we didn’t have any help from Madonna, even though it would have been useful.” While Tony didn’t ask her famous daughter for money, Madonna didn’t offer either. Read more.

April 8, 2002 – The Sydney Herald Sun reports Madonna’s recent attempts to make herself into one of the country folk has made her the butt of jokes from neighbors in Tollard Royal in Wiltshire. Her latest move to can her gamekeeper after having little success learning to shoot her $27,000 shotgun has the axed Tommy Speke upset. A friend of the gamekeeper’s said, “The steam was coming out of his ears.”

April 3, 2002 – The Sun reports Madonna and Guy Ritchie paid a secret visit to London’s Great Ormond Street Children’s Hospital on Tuesday, where they chatted with sick children and gave them teddy bears. An insider at the hospital said, “Obviously it was a massive deal as they are one of the most famous couples in the world. It was a lovely gesture and all the kids loved it.”