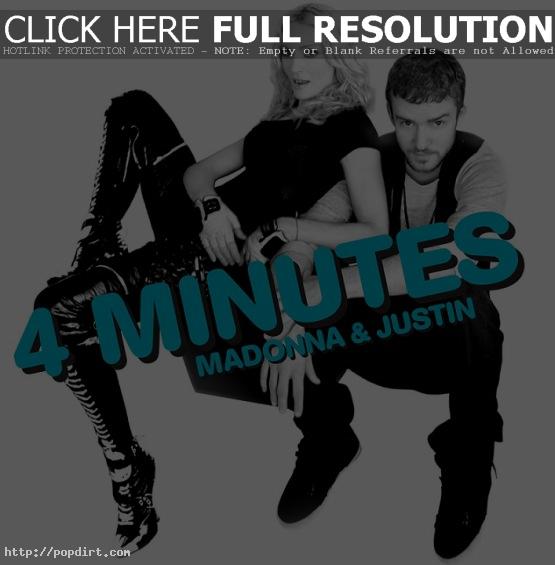 Madonna has just released a widget allowing fans to stay up-to-date on the latest news, video, audio, photos, contests, and more. The widget also features audio and video of ‘4 Minutes’ featuring Justin Timberlake and Timbaland, the first single from the forthcoming ‘Hard Candy’, out April 29th. The widget has since been removed.

April 1, 2008 – ‘Access Hollywood’ profiled Madonna’s cover story in the new issue of Vanity Fair for the magazine’s Green Issue, discussing her collaboration with Justin Timberlake on her new album ‘Hard Candy’. “It’s not like we hit it off right away,” Madonna said. “Writing is very intimate… I had ups and downs before everybody got comfortable.” As for the former *NSYNC star’s ex-girlfriend and her VMA smooching partner Britney Spears, she cut off VF editor Rich Cohen before he could even ask about the troubled pop tart. Watch the segment below.

Madonna: New York No Longer The Place It Used To Be

March 31, 2008 – Madonna is cooling her opinion on New York City in the upcoming Green Issue of Vanity Fair, saying that the Big Apple has lost some of the appeal it had when her career broke out in the city a quarter century ago. “It’s not the exciting place it used to be,” Madge said. “It still has great energy; I still put my finger in the socket. But it doesn’t feel alive, cracking with that synergy between the art world and music world and fashion world that was happening in the 80s. A lot of people died.”