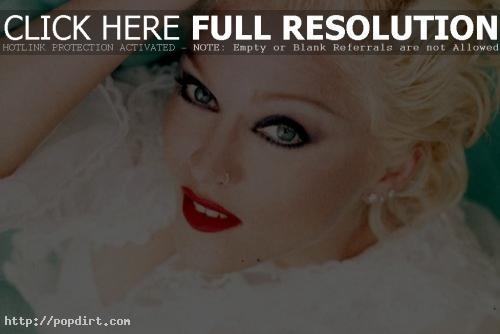 The New York Daily News reports Madonna is being sued by the son of the late French fashion photographer Guy Bourdin for copyright-infringement, accusing the singer of swiping images from the erotically charged work Bourdin in her ‘Hollywood’ video. “An overwhelming number of all of the scenes in the ‘Hollywood’ video are overtly and substantially derived from the Bourdin works,” the lawsuit says. The video’s director, Jean-Baptiste Mondino, and Madonna’s record company, Warner Bros., also are named in the lawsuit.

2 thoughts on “Madonna Sued For Copyright-Infringement”