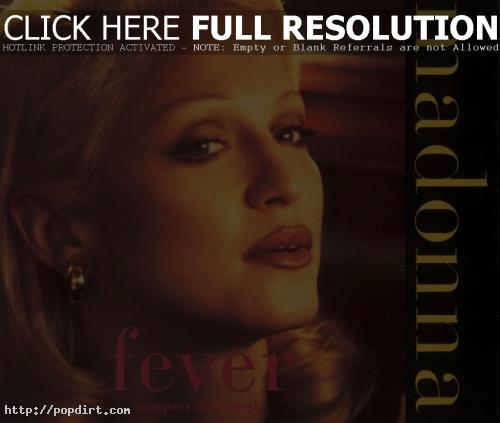 Before Paris Hilton’s Tinkerbell and Britney Spears’ Bit Bit, Madonna took her three Chihuahuas Evita, Rosita, and Chiquita everywhere in the ’90s, but after a while, the Material Girl got rid of the doggies, which later ended up in bad shape at a Chihuahua Rescue in Burbank, California. “Rosita’s face had been beaten in and unfortunately she died,” a volunteer at the shelter revealed to In Touch magazine. “I’m sure Madonna thought they would be fine, but it wasn’t so.” Fortunately, Evita and Chiquita are still doing fine after being placed in a loving foster home.

January 21, 2005 – World Entertainment News Network reports that Britney Spears has agreed to do voiceover work on Madonna’s new animated film version of her children’s book ‘The English Roses’. Also lined up for the film are David Bowie and Snoop Dogg, which will be produced by husband Guy Ritchie.

Madonna Doesn’t Want To Play Herself On TV

January 19, 2005 – Ann Montini of Sky News reports that Madonna turned down an offer from Ricky Gervais to appear in his new show, ‘Extras’. Though big name actors Jude Law and Kate Winslet agreed to appear on the show, Madge wouldn’t play herself and would appear on the show only if he developed a character especially for her.

January 19, 2005 – A BBC technician tells popbitch.com that Madonna is now using a ‘Faye’, which is a bright light placed at eye level, in front of the performer, which helps to hide wrinkles. The light is named in honor of Faye Dunaway, who always insists on one.

January 18, 2005 – During Howard Stern’s show on Tuesday, he played Neil Young’s version of the John Lennon classic ‘Imagine’ comparing it to Madonna’s recent performance on the tsunami telethon over the weekend of the same song. Stern said it means something when Neil Young sings it, adding that he got the chills listening to Young’s version. He said he doesn’t feel anything when Madonna performs it. He played Madonna’s version and talked about how she’s not a singer.

January 17, 2005 – A source tells Jeannette Walls of MSNBC.com that Madonna, who was close to Rabbi Eliyahu Yardeni but is “furious” about his comments about the Holocaust victims bringing on their own fate, was “instrumental” in getting him out of London, but the source insists that the move was unrelated to the statement. Read more.

Guy Ritchie Reveals How He Won Madonna Over

January 13, 2005 – Madonna’s husband Guy Ritchie revealed how he won over the Material Girl in an interview with Hello magazine. “We met at lunch. She was with her boyfriend and he was sulking, and they were a few seats down in the restaurant from where I was sitting and I thought, [bleeping bleep], it’s Madonna. So I went up to her and made crap jokes,” Ritchie explained. “I think I said: ‘If you play your cards right, I’ll put you in a movie.’ She thought I was cocky and things went from there.”