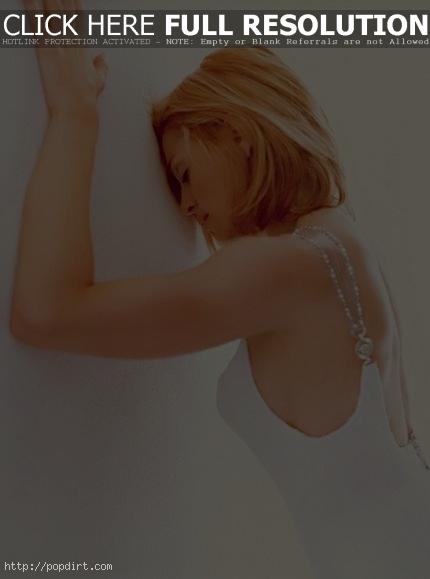 Inspired by Live Earth, Madonna has written a new song titled ‘Hey You’, which is available exclusively on MSN, free of charge, for seven days. MSN is proud to donate 25 cents for each of the first 1 million downloads to the Alliance for Climate Protection, in support of Live Earth. Download and listen at liveearth.msn.com.

May 14, 2007 – Madonna was spotted arriving at Secrets, a fully nude table dancing club in London, England on Thursday (May 10). The Material Girl is holding auditions here for a mini-series that is due to begin filming next month.

May 6, 2007 – Close pals tell News of the World both Madonna and hubby Guy Ritchie have admitted that barring miracles they’ll “call it a day” and end their 6-year marriage. “They’ve been at loggerheads for a while and now hardly do anything together,” a source close to the couple explained. “They’re even spending more and more nights in separate bedrooms. But they’re a united front when their children are involved. This was clearly visible when they were pictured this week out in the park as a family. But behind closed doors they barely speak.” The full story at newsoftheworld.co.uk has since been removed.

Madonna Gives Guy A Tongue Lashing For Boozy Night Out

April 22, 2007 – The Sunday Mirror reports Madonnna was raging that her hubby Guy Richie was out on the town at London’s trendy Mahiki bar while she dutifully went on her journey to adopted baby David’s home town in Malawi. “They call or text regularly, but ended up having a massive argument,” a friend of the couple revealed. “Guy just wanted to meet some mates for a few beers while his wife was away. But Madonna was hurt he didn’t join her in Malawi.” The full story at sundaymirror.co.uk has since been removed.

April 22, 2007 – The People reports government sources in Malawi say Madonna cannot go ahead with plans to adopt a second child from the African country until a challenge over David Banda is resolved. And lawyer Maxwell Mateware even hopes David will be returned to Malawi. “We think once the case is decided, Madonna will not be allowed to adopt another child,” Mateware remarked. The story at people.co.uk has since been removed.

April 19, 2007 – A source tells Usmagazine.com that Madonna’s meeting with the father of her adopted son David has yet to take place. The 48-year-old, also joined by her daughter Lourdes, 10, may have decided to reschedule for unknown reasons. Yohane Banda’s cousin, Kelvin Kumwenda, said, “They asked him to wait for information about when the meeting is to take place but up to now we don’t know when that will happen.” The full story at usmagazine.com has since been removed.

April 16, 2007 – The People reports Madonna is set to open a $4 million orphanage this week, which was funded by Madge’s charity Raising Malawi in the homeland of her adopted son David Banda. Yasinta Chapomba, 45, who works with orphans in the country revealed: “We are very excited about the opening. We have received so much money and help from Madonna and Raising Malawi and we are very grateful.” The story at people.co.uk has since been removed.

April 14, 2007 – Madonna and Justin Timberlake were spotted leaving a studio in Ladbroke Grove separately after recording together on Wednesday (April 11) in London, England. After Madonna left, a mystery blonde woman joined the former *NSYNC star in the studio.

Madonna Heads To Malawi For Charity

April 13, 2007 – Madonna rep confirmed that the singer is on her way to Malawi for charity work, but insisted she’s not going to adopt another child during the visit. “Madonna is indeed going to Africa to continue her work with the Raising Malawi organization,” Liz Rosenberg told People magazine. “She is overseeing the building of a children’s health care center.” Read more.

April 13, 2007 – The Sun reports Madonna is hoping to adopt another Malawian child after watching video footage of three-year-old Grace playing in an orphanage. “Madonna saw a film of children at a place called The Consol Home,” a source explained. “She spotted a beautiful girl called Grace who lit the room with her smile, and fell head over heels for her. Madonna kept saying, ‘That girl has so much love in her. I want to help her achieve her potential’. But adoption officials are being very strict after the uproar when Madonna adopted David. They know Grace is her first choice, but have insisted she looks at other girls first – and that the final decision is theirs.”

Madonna, Timberlake Team Up On Her Album

April 12, 2007 – Madonna and Justin Timberlake are working together on her new album, her publicist, Liz Rosenberg, confirmed to The ShowBuzz on Wednesday. The pair have been in the studio in London along with rapper-producer Timbaland. Read more.

Madonna & The Police Sign On To Al Gore’s Benefit Concert

April 12, 2007 – Craig Ferguson joked during his Late Late Show monologue on Tuesday night, “Madonna and The Police have signed on to play Al Gore’s benefit – the concert to save the planet. It’s about time, because the musicians of the ’80s should do their part for the environment. It all started with the hairspray thing… that was them.”

April 12, 2007 – Life & Style has learned that Madonna and her adopted child, David Banda, 18 months, are jetting from her home in England to Africa on Wednesday to meet with David’s father Yohane Banda. “She wants David to have a relationship with his biological father,” an insider explained. “She’s going under the guise of a vacation, but she’s not on vacation – she’s on a mission.” The mag added that the Material Girl has plans to adopt another child soon. The full story at lifeandstylemag.com has since been removed.

Madonna To Collaborate With Justin Timberlake

April 7, 2007 – Madonna was spotted leaving her gym in London, England on Thursday (April 5), carrying a copy of ‘The Night Listener’ and a cup of coffee.

April 6, 2007 – Contributed Anonymously: PerezHilton.com reports Madonna’s new “M by Madonna” clothing line for H&M has sold more than $15 million since going on sale just over a week ago. The debut has been so successful that the retail chain has just offered the Material Girl a multi-million dollar deal to do a second and third collection for the chain, beginning in late 2007. This year has been quite lucrative for Madonna. In addition to the $8 million she collected from H&M, the Queen of Pop was also paid $15 Million for her recent Japanese commercial.

Madonna Would Back Gore Over Clinton For 2008 US Race

March 23, 2007 – Madonna tells German weekly newspaper Die Zeit that while she has “deep respect for Hillary Clinton as a woman,” the Material Girl would instead vote for Al Gore if the former vice president decides to run for president in 2008. “I would publicly support him if he joins the race,” she said.

Madonna To Guest Star On ‘Nip/Tuck’?

March 22, 2007 – ‘Nip/Tuck’ creator Ryan Murphy claims he’s writing a role in the show for Madonna, and the Material Girl tells Ann Montini of Sky News she’s up for the part. “I have heard about this, but naturally, until I see the script, I can’t say if it’s really happening or not,” she said. “Hopefully, yes.”