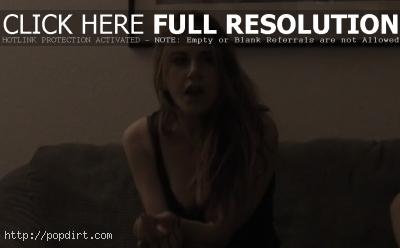 Mandi Perkins checked in with fans on her blog at MySpace (@mandiperkins) on Thursday (February 21), talking about doing a music video for her first single ‘Who I Am’. The singer writes:

This Saturday, we are doing the video for my first single! So damn excited. It’s being brought to you by the same team that did the ‘Who I am’, video (which you haven’t yet seen ?) But I promise you will soon. The set is being built as I write this… think Tim Burton meets Baz Luhrmann.

Since I want it to be a surprise, I’ll just say that the video involves a crazy wedding scene, special gnarled trees, an amber sky and thousands of leaves… Definitely late autumn gone wrong.

I’ll have some behind the scenes footage and a bunch of new pictures up by early next week. And I think the video should probably be released in April or May. We’re hoping this one goes all around the world. Global baby global!!

Thanks so much for all your support. I wont be able to answer much mail until next week, but please throw me a comment when you can.

Have a great weekend
mp

One thought on “Mandi Perkins Filming Video For Her First Single”