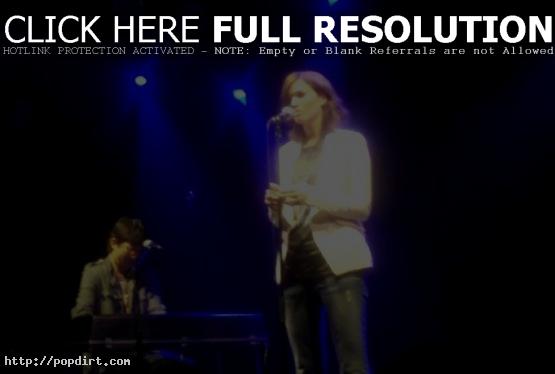 Mandy Moore apologized to Questlove earlier today after being called out by The Roots drummer for not offering a gesture to the ‘Late Night with Jimmy Fallon’ house band after her performance on Friday night’s broadcast. Brother Question wrote, “Whole summer in Prague and no waaaave to the bandstand?? Dang!!!” Mandy responded on her Twitter (@TheMandyMoore):

@questlove-I’m so sorry! I was/am super sick and only trying to get through the show. Plus I’m super shy and didn’t think you’d remember me!

May 28, 2009 – Footage of Mandy Moore performing a new song called ‘Bug’, from her just released album ‘Amanda Leigh’, has been posted online. Watch the fan filmed footage, taken from Moore’s in-store at Amoeba Music in Hollywood on Tuesday (May 26), below.