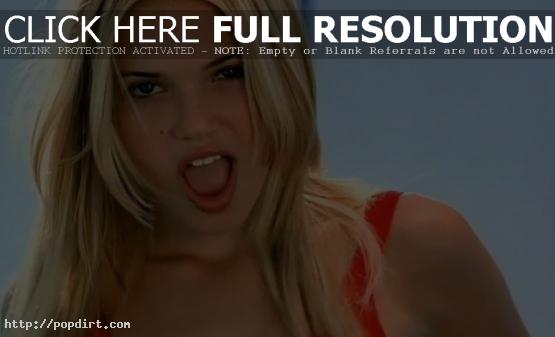 Mandy Moore recorded her last album, ‘Coverage’, without telling Sony exactly what she was up to and did a collection of covers by artists like Todd Rundgren, Carly Simon and Elton John rather than new material. It was the first time Moore felt that she had control over her music. “I was dead in the water, and no one really cared about me,” Moore tells Paper magazine of her period with Sony. “It was time to be with people who understand me and to have a bit more creative control.” She cringed recalling how her career began, opening for *NSYNC and the Backstreet Boys in 1999. “I was a big old geek,” she admitted. “I was 15 with this horrible hair and tacky makeup and outfits. I know what it’s like to be on the road, singing music detested. I was dancing because it was popular, even though I hated it. It’s what people were buying into. You’re out on the road promoting something you had no say in. It wasn’t working, and I was frustrated. I just wanted some authority.”

April 18, 2004 – Now that Mandy Moore has departed Sony Music for Warner Records, her official site has been taken down, with only a message from the singer before a new website is put up. Mandy writes:

So, we are in a bit of a transition mode right now in terms of transferring my site to a new group of people that will be taking over.

We are all working diligently to make this change happen as soon as humanly possible. PLEASE bear with me and I promise that a WHOLE BRAND NEW SITE will be up before you know it. I can’t wait to be back with you all on a new site and on a regular basis to fill you in on what’s happening and to find out how you guys are all doing. In the meantime, I do hope everyone is well and that life is good.

I’m still in New York City filming a John Turturro film called “Romance and Cigarettes” and I am having the time of my life. Working with actors that are AMAZING and learning so much from them! Also, beginning to promote “SAVED” which comes out May 28 in Los Angeles, New York, Washington D.C., San Francisco and Chicago. It will open up in more and more markets shortly after.

7 thoughts on “Mandy Moore Doesn’t Like Her ‘Candy’ Period”