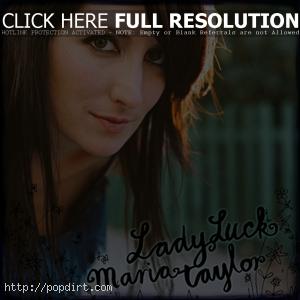 Maria Taylor is gearing up to release her third solo album titled ‘Ladyluck’ on March 31st, and the singer songwriter will be touring America in support of the release after wrapping up a trek through Europe with Joshua Radin next month.

Check her out with Whispertown 2000 on the following dates: