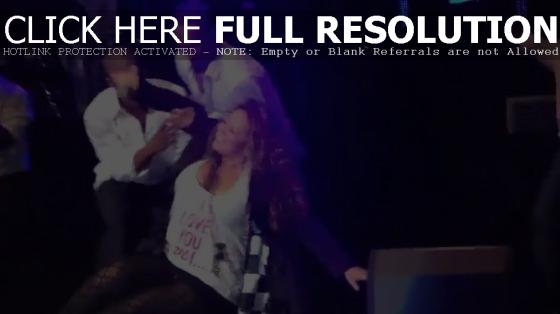 Mariah Carey fell down on stage as she performed ‘Make It Happen’ at the Formula 1 Singtel Singapore Grand Prix. The American pop star, who has gained weight and prompted many to assume she’s pregnant, joked to her Lambs in the audience, “I did that on purpose.” Carey then called out for her assistants, asking them to help remove her shoes. After the fall, Carey continued her performance and sang ‘Dreamlover’ barefoot. Watch it via YouTube below.