Mariah Carey Nearly Gives Birth To Twins On Her Birthday 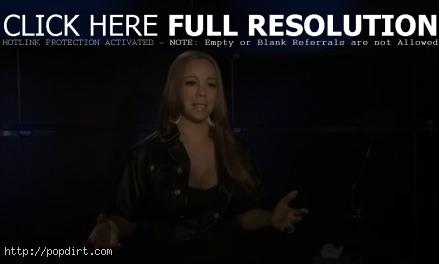 Mariah Carey checked in with her Twitter followers (@MariahCarey) moments ago as she was celebrating her brithday (which she calls an anniversary) with news on her pregnancy. The singer, who is expecting twins with husband Nick Cannon, writes:

So #dembabies really wanted to celebrate with us/share the anniversary! I started having contractions last night..went to the hospital-

Finally they said I could come home after they got it under control but..

They almost came on 3/27- happy anniversary indeed!!! We have a few more weeks to go but- wow!!!: ) #soreadyallready!