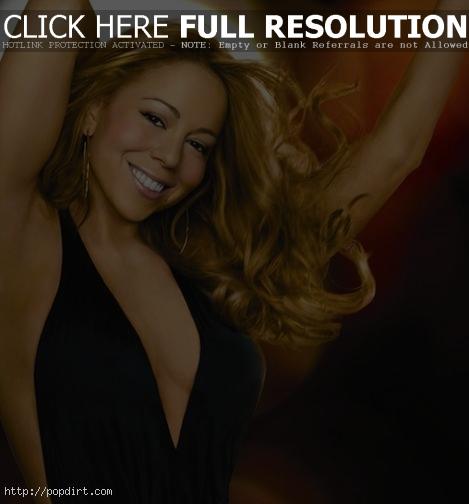 Mariah Carey voiced frustration with the paparazzi on her Twitter account (@MariahCarey) on Monday, after the singer and husband Nick Cannon were followed on Easter to Nick’s aunt’s home. Taking a page from Courtney Love’s method of “micro” blogging, the singer tells readers:

Looking at some paparazzi shots from Easter. Hello! Who follows a couple to their family’s in-laws house on Easter! (Cont)

I don’t know what was worse, the bleak angles and bright peach dress just to be festive(we had fun!) Or the b.s. commentary/blogs. Cont..

ALL the way to San Diego! I figured,why not give them a picture even though I look a stone mess after a long festive day….(Cont)

You know, it WAS Easter Sunday and I felt bad they were out there all day. We almost brought them out a plate! Then in return we get a…

B.S story and some pics I could’ve definitely lived without (Nick looked cute tho: ) Just so the fans who care know..those pics were taken(cont)

Outside Nick’s Aunts house after a really nice day,just “for the record” And also..that dress and hair were not “red carpet” attire! (Cont)

And if I gained a few pounds.. My trainers back living with me again..yippie. Thank you to all those who sent nice Easter messages. (Cont)

I hope you all had a really nice weekend. We did! Even Cha Cha (the. new puppy) had fun! She ran on a lawn for the 1st time! Too cute! Love you