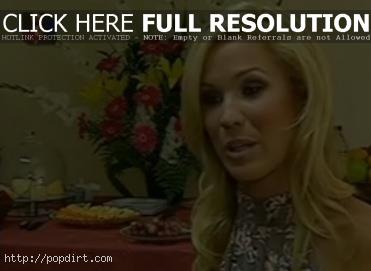 Former A*Teens star Marie Serneholt was profiled ahead of her appearance on the Portugese program ‘Morangos com Açúcar’. The singer discussed her debut solo album’s pop sound, being influenced by Madonna, Gwen Stefani and Beyonce Knowles, and her thoughts on appearing on the program.

“I’m still doing pop. I’m a pop artist. It’s a pro pop album,” she said about her sound post A*Teens. “In my opinion, great pop songs with great melodies, and I have songs that are very different from one another. They tell a different story and they have their own personality and they have a lot of influences from the ’80s and some from the ’70s, but it’s a new fresh sound.”

Asked about her influences, she said, “I have a lot of influences and a lot of inspirations, especially from female singers, like Madonna, who doesn’t like her? She’s amazing. I think she’s done one of her best records in a long time, one of her best records ever. Beyonce, Gwen Stefani, all of those girls and women, they’re not just talented, they’re amazing performers, they’re dancers, they’re designers, and they’re actors. So of course they are inspirations.”