Maroon 5 Avoid Distraction Recording ‘Hands All Over’ In Switzerland 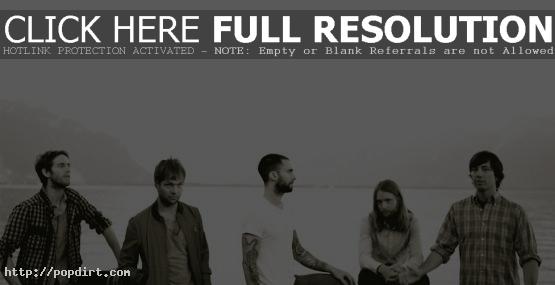 Adam Levine spoke with MTV News about the band teaming up with Mutt Lange in Switzerland to record Maroon 5’s new album ‘Hands All Over’. The singer said the beautiful backdrop provided by Mutt’s studio in Lake Geneva was an escape the pop rock group needed.

“Our biggest weakness is laziness and lack of focus, which mostly comes from me, because I am like that,” Levine confessed on the set of Maroon 5’s ‘Misery’ video. “But the coolest thing about being [in] Switzerland, we weren’t distracted at all. There was nothing to be distracted by, except scenery, which was very beautiful. But once you kind of took all that in, you were left with your own thoughts.”

Watch the comments via MTV.com below the cut.