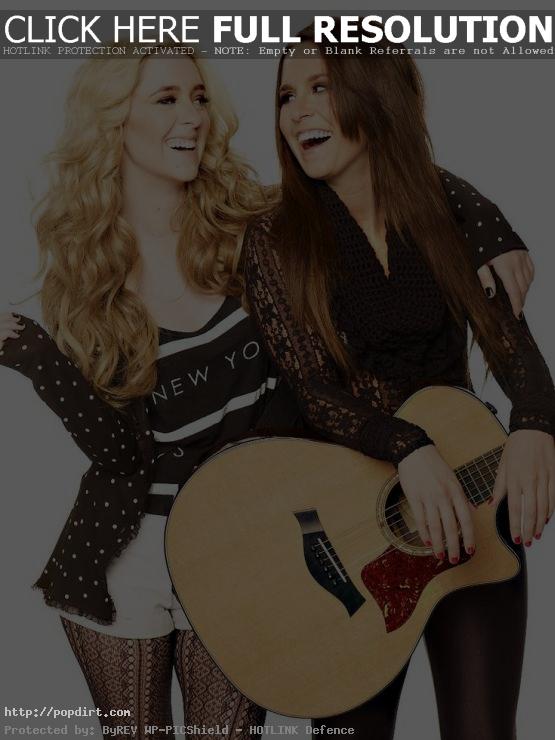 Megan & Liz have generated over 150 million YouTube views, a spot on Billboard’s Social 50, sold over 300,000 singles, and have performed with such artists as Hot Chelle Rae, Gym Class Heroes and Demi Lovato, and come September, they’ll have the opportunity to open the iHeartRadio Music Festival.

“We can’t tell you how excited we are to win the Macy’s iHeartRadio Rising Star contest. Performing at the iHeartRadio Music Festival in September with top artists is literally a dream come true for us,” said Liz Mace. “This whole journey has been such an adventure, and we want to thank our fans, Macy’s and Clear Channel for giving listeners the opportunity to discover our music! Macers rule the world and we love you to Pluto and back!”

‘Are You Happy Now?’, Megan & Liz’s current single from their new EP ‘This Time’, is ascending Top 40 charts. The girls continue to support the single and EP on their national promo tour which has them making radio, television and event appearances, as well as in-stores in many major cities. They will soon announce a new single and video as well as new national tour dates for Summer and Fall.

May 19, 2012 Jeff C News No Comments
«Girls And Music Are On Cody Simpson’s Mind
Katy Perry ‘Part Of Me’ 3D Movie Poster & Trailer»