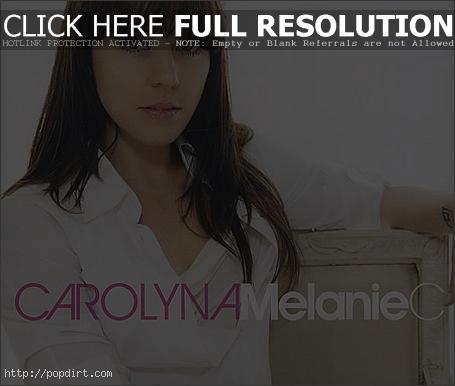 Melanie Chisholm has posted a Q&A up on her web site talking about the former Spice Girl’s new single ‘Carolyna’, which was written with her long serving guitarist Paul Gendler. Asked whose idea was it to write together after almost 10 years, and if the writing process was any different, Mel responded, “I’ve always wanted to get the band more involved creatively. I’ve written a few songs with Greg and I really enjoy it. Both he and Paul are incredible musicians and know me very well; they know my strengths and our great chemistry stands us in good stead for writing good songs. It’s my first collaboration with Steve Mac too, who I adore. I hope to work with him a lot more in the future.”

Melanie C Visits ‘Something For The Weekend’

June 6, 2007 – Melanie Chisholm visited ‘Something For The Weekend’ on Sunday (June 3), where she was quizzed about the chances of a Spice Girls reunion. Mel told the hosts that there have been talks, but nothing confirmed, and that if she does sign on, it won’t be to record any new material. YouTube has since removed the video.

June 4, 2007 – The People caught up with Melanie Chisholm at The Breathing Life Awards in London, where she was asked that question that seems to pester the former Spice Girls, will there be a reunion and will she be a part of it. “I’m really happy with where I am in life and I’m fed up of all this reunion talk,” Mel moaned. “But if the other girls do decide it is the way forward I don’t want to miss it so we’ll have to see.”

June 3, 2007 – The Sunday Mirror caught up with Melanie Chisholm for a Q&A, asking the singer if she believes a Spice Girls reunion will happen. “I’ve never wanted to do it as I feel it would be difficult to be as great again,” she said. “I would be worried that it wouldn’t be as good. But then if the other four girls said, ‘Right Melanie. We’re doing it. Are you in or out?’ I’d be like, ‘I don’t know what to do!’ I’d find it very hard to be the person who didn’t complete the set. A one-off I’d consider, but I wouldn’t want to reform for good.”