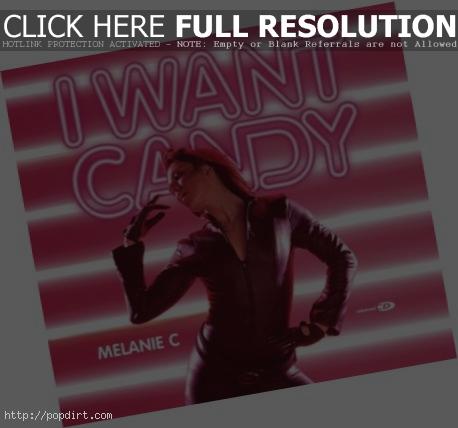 Melanie Chisholm is out with the music video to her new single ‘I Want Candy’, a remake of The Strangeloves’ 1965 hit, from the former Spice Girls member’s forthcoming album ‘This Time’. Watch it via YouTube below.

June 12, 2006 – The Herald Sun caught up with former Spice Girl Melanie Chisholm for a Q&A, where the singer was asked about the girl group possibly reuniting. “I can’t ever see a time when I will get into the studio with the other girls and record again,” she said. “Sometimes I think it would be nice to perform for something. I thought Live8 was a shame, that would have been the perfect opportunity to do something worthwhile. I have such great memories of how we were, and I think everybody else has too. I don’t think we could do it again. I would really rather be remembered for how we were than spoil it with a reunion.”

The full story at news.com.au has since been removed.

May 11, 2006 – AccessAllAreas.net.au caught up with former Spice Girl Melanie Chisholm for a Q&A and asked the singer when fans can expect a new album. “Well I am working on one but it’s early days because of course the last album (‘Beautiful Intentions’) it’s still keeping me really busy but it’s nice to come home and get some new material together,” she said. “But I don’t think I’ll have anything ready until early next year!”

The transcript at accessallareas.net.au has since been removed.

December 26, 2005 – Former Spice Girl Melanie Chisholm dropped by ‘TV Total’ for their ‘Night Of The Stars’ Christmas special, teaming up with host Stefan Raab in a performance of Bryan Adams’ ‘When You’re Gone’. Mel also performed her German chart-topper, ‘First Day Of My Life’. Additionally, Raab performed ‘Last Christmas’ with Jeanette Biedermann and everyone involved in the special closed the show with a performance of ‘Let It Snow’.