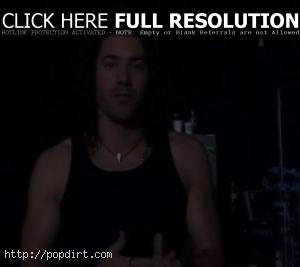 Actress Melissa Joan Hart lashed out at ‘American Idol’ season five stars Chris Daughtry and Ace Young for taking too much credit on a song written by her husband, Course of Nature frontman Mark Wilkerson.

Melissa wrote on her blog at MySpace on Sunday: “I am so sick of all the articles saying Chris wrote the song ‘It’s Not Over’. Then the other day I saw in In Touch that Ace Young is taking credit as well. Bullsh**. Mark fully wrote every bit of that song except the new lyrics in the chorus… which are gay anyhow. Mark wrote the song about his ex-manager screwing him over and they turned it into a fairy love song. Anyway just wanted to vent and give my man his due credit. If anyone agrees, write in to the rags and let em have it. I am!”