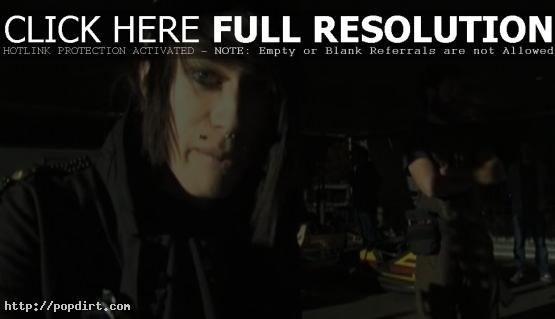 Metro Station talked to Buzznet about the concept for their latest music video ‘Seventeen Forever’ – kids taking over a carnival and they perform, and they revealed once and for all, who’s going to be in the video. Trace Cyrus said they’ve been watching ‘Lost Boys’, and got the idea for the video from the film.

After introducing Melissa, Trace said, “She’s my love interest on the ‘Seventeen Forever’ music video. We just meet over there near the ferris wheel, and she leads me over the the bumper cars and I think some kids kind of ruin our time in a little bit, and we’ll see what happens from there.”