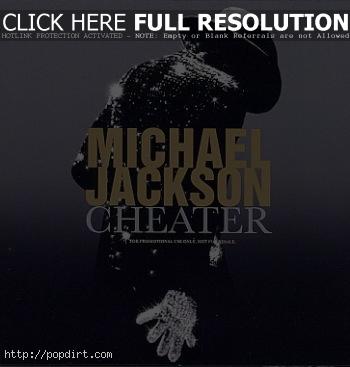 Michael Jackson is out with the music video to his new single ‘Cheater’, which was recorded during the ‘Bad’ sessions in 1987. This and several other unreleased tracks appear on ‘The Ultimate Collection’ box set, including 4 audio CDs and 1 DVD, due out Tuesday (November 16). Watch it online at YouTube.

November 11, 2004 – Roger Friedman of FoxNews.com reports that a week before Michael releases his new box set ‘The Ultimate Collection’, there appears to be signs the King of Pop will run into sales trouble. The collection is listed at around No. 1,196 on Amazon.com, indicating little pre-order interest. Even though Sony/Epic has added 13 unreleased tracks to the collection, Jackson’s $1.5 million in advances may be hard live up to. Read more.

«Who Will Be Pop’s Next Princess?
Baby Announcement Coming Soon From Britney Spears?»