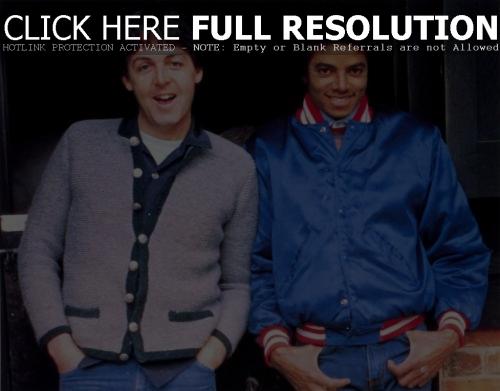 MJNewsOnline.com reports Michael Jackson visited Aventura Mall in Aventura Florida yesterday. The whole scene was a mass-hysteria of people trying to get an eye on the King Of Pop. WSVN Ch. 7 Miami-Fort Lauderdale was reporting the story all day long, covering the news in a very positive way. “If you thought fans were over Michael Jackson, you might want to think again,” the station said. Michael signed a store wall in the Mall and was signing autographs and giving hugs to his fans.

April 30, 2003 – Conan O’Brien joked during his Late Night monologue on Tuesday night, “Last week, the Fox Network aired Michael Jackson’s home movies. And reportedly, it did very poorly in the ratings. Very poorly. Yeah, after hearing this, Michael said, ‘Of course it didn’t do well. It aired at 8:00, and no-one I know stays up that late’.”

April 30, 2003 – Contributed anonymously: MJNewsOnline.com reports that the Fox Special ‘Michael Jackson – The Private Home Movies’ has now been sold to the UK TV station GMTV. A date for the broadcast has not been set yet.

April 29, 2003 – The bubble has burst on Michael’s status as a TV ratings sensation. Either that, or people don’t want to watch his home movies any more than they do anyone else’s. ‘Michael Jackson’s Home Videos,’ a Fox special that opened the latest sweeps period last Thursday, was seen by only 7.8 million viewers, according to Nielsen Media Research.

U.S. Outlets Clamoring For ‘Behind The Behind’

April 28, 2003 – Jeannette Walls of MSNBC.com reports that there is big interest in the Channel 4 documentary on Jennifer Lopez, entitled ‘Behind the Behind.’ “There is a definitely lot of interest in the U.S.,” says a source. “The proof in the pudding will be what sort of ratings it brings in, but we’re expecting that after [it broadcasts] a bidding war will break out like it did for the Michael Jackson documentary that was also broadcast [in England] first.”

April 26, 2003 – Jay Leno joked during his Tonight Show monologue Friday night, “Last night on the Fox network, they showed Michael Jackson’s private home movies. Remember when that used to be called evidence? Remember? The original title was ‘My Name is Timmy, Get Me Out of Here’.”

April 24, 2003 – Michael opens up in the new People magazine declaring “I don’t have sex with little kids.” Jacko says, “So many things are said about me, and I have no idea where they came from.” He added, “I’m not a mean person. It breaks my heart to think that some people have said that.”

April 23, 2003 – Jeannette Walls of MSNBC.com reports that Michael Jackson has film editors “burning the midnight oil” making last-minute changes in his documentary ‘Home Movies’ in an effort to disprove recent comments about him made by ex-wife Lisa Marie Presley. A source revealed, “…every time she says he’s a certain way, he has [the editors] tear up the documentary and re-edit it to prove her wrong.”

April 22, 2003 – Paul McCartney thinks Michael Jackson’s parenting skills could use work. “I hope that his heart’s in the right place, but he’s a very unusual guy,” McCartney told the New York Daily News. “I feel sorry for the kids being brought up under those veils, whereas I was keen to send my kids to ordinary school and just throw them into the lion’s den.”

April 21, 2003 – Jeannette Walls of MSNBC.com reports that according to one Michael Jackson fan, when his 5-year-old daughter Paris was asked what she wanted to be when she grew up, she replied, “I want to be like my daddy.”