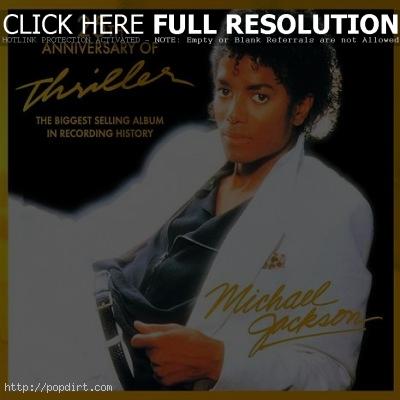 The Michael Jackson 25th Anniversary Thriller Teaser video has been posted online, featuring concert clips, music video footage, and comments from the album’s producer Quincy Jones as well as Mary J. Blige, Pharrell Williams, Beyonce Knowles and Wyclef Jean about the top selling album of all time. The ‘Thriller’ 25th Anniversary DVD/CD release features new collaborations with will.i.am and Fergie of the Black Eyed Peas, Akon, and Kanye West and will be released in February. Watch the teaser video below.

Will Michael Jackson Go On Tour Next Year?

December 12, 2007 – Sources tell Roger Friedman that Michael is in talks with AEG Live’s Randy Phillips to go on tour for three months from March through May of 2008, but the FoxNews.com columnist who is constantly writing about the self-proclaimed King of Pop has his doubts. “There are many problems with this scenario including issues like insurance for Jackson, who has a habit of not making dates,” Friedman writes. “There’s also the matter of Jackson not being in shape, of no musicians, dancers, choreographers and no exact concept.” Friedman suggests that it’s Jacko’s mounting debts that would finally spur him into hitting the concert trail. Read more.