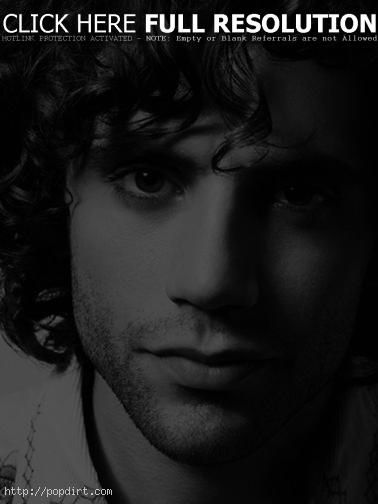 Mika stopped for a meet and greet while on tour in Seoul, South Korea the other day, where the British pop singer was met with screams and video cameras taping his every move. The 26-year-old signed several autographs with the help of a security man’s flashlight in the dimly lit area.

Mika talked about the Seoul show in an interview with channelnewsasia.com, and how an early showtime helped him catch up on the World Cup. “I played a show in Seoul the night before last night and they made us go on stage at 6 o’clock, so we went on stage at 6 o’clock. I was off-stage by 8:15. They emptied the venue by 8:20,” Mika explained. “It was the big Olympic arena hall thing. They emptied it out in 5 minutes and brought in a whole new audience. And they put huge screens up while my crew was taking away my stuff and they showed the South Korea match and I stayed and watched the whole thing. It was amazing.”

«If You Want Jordin Sparks’ Autograph, Don’t Scream Like A Teenybopper
Backstreet Boys Meet And Greet (And Hug… And Shirt Tug) In New York City»