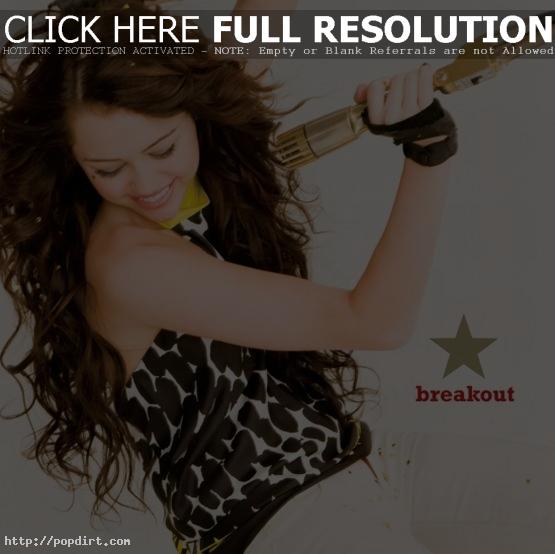 As Miley Cyrus begins to see first week totals of her new album ‘Breakout’ come in, several writers have weighed in on the 15-year-old’s first release not under ‘Hannah Montana’ umbrella.

Rachel Leibrock of the Sacramento Bee gave the disc two stars, writing, “In reality, with its overblown power chords, frenetic synth-pop and defiant lyrics, the 12 tracks here aren’t much of a stylistic stretch from 2007’s ‘Hannah Montana 2 / Meet Miley Cyrus’.”

Meanwhile, Mikael Wood of the Los Angeles Times gives the disc three stars, writing that the effort is “unlikely fodder for the razzle-dazzle road shows and 3-D concert films to come. As a portrait of the artist as a young malcontent, though, it’s rarely less than fascinating.”

Finally, John Soeder of the Cleveland Plain Dealer gave Miley a ‘B’ rating, writing, “If Cyrus doesn’t quite achieve the breakout effort she was aiming for, at least she doesn’t strike out, either.”