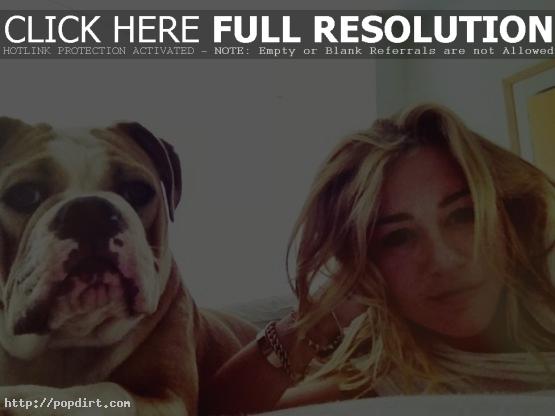 Miley Cyrus is reacting to messages that were hoping for her death on Twitter, telling her followers (@MileyCyrus) earlier today that supporting artists for their music rather than threatening rivals is the better way to go. Miley pointed out fans of Taylor Swift and Selena Gomez in the cautionary advice. The messages that likely prompted the concern:

Oh? (@iPraiseSwift): @MileyCyrus @katyperry I HOPE U BOTH GET CANCER AND DIE

Luis Sdaewa (@LuisSdaewa): @MileyCyrus this world is full of sh** like you, please kill yourself ugly bitch

The pop singer and actress said in response:

Miley Cyrus (@MileyCyrus): Everyday someone with a Swift or Gomez in there name wishes terrible things upon me (death is popular) Please Smilers don’t ever think somehow you are supporting me by being hateful towards other artist. My fans make me proud by supporting my music & everything I do.

I’m sure these haters would make their idols much happier tweeting bout their music rather than wishing death upon their peers like psychos.

But Miley’s plea seems to be having the opposite reaction, both from her haters and Miley’s fans ignoring her plea to not make similar threats and ratcheting up their frequency:

Kristen Simunovich (@xkristenn07): @MileyCyrus FU** THEM I WILL LITERALLY KILL THEM ALL

Karma’s Revenge (@Natalia_Smiler): @mileycyrus I’m going to kill the next person who dares to disrespect you. #SelenaAndSelenatorsAreFinished.

Tina (@swaagjelena): @MileyCyrus DIE ;) your fans are the first who send terrible tweets to Selena, but u cant see that. Do not mention Selenators ANYMORE