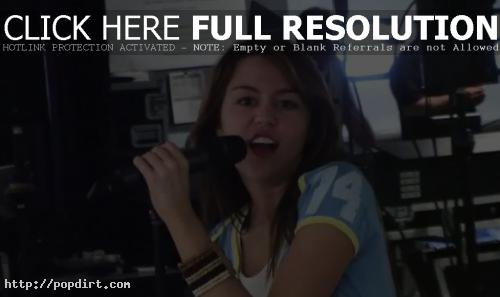 Miley Cyrus is featured on the cover Australia’s Girlfriend magazine, where the ‘Hannah Montana’ star discussed where she gets her inspiration. “There are things that are going on in my life and in my family that I tend to write about,” Cyrus responded. “I also like people who write their own music, like Sheryl Crow. For acting, it’s Hilary Duff because she has done much the same as me. Other people I look up to for acting are Jennifer Garner, Hilary Swank and Jodie Foster, who’s actually called and given me some advice.” Asked about her internet usage, Cyrus said, “Sometimes. I’m a Google person. I used to google ‘Miley’ a lot but now I’m kind of over it.”