Miley Cyrus: I’ve Never Seen ‘Twilight’ Nor Will I Ever 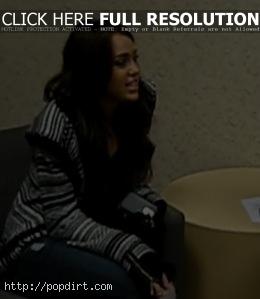 Q92’s Nikolina interviewed Miley Cyrus backstage at Quicken Loans Arena in Cleveland, Ohio on Sunday (November 15). The ‘Hannah Montana’ star talked about her acting role in designing her Walmart clothing line, how she’s not into the whole ‘Twilight’ thing, liking to sightsee during her off time, liking to listen to The Killers and Bon Iver, kinda wanting to hear Adam Lambert’s new album, wanting a Jeep for Christmas, having friends visiting her on the road, and more.

One thought on “Miley Cyrus: I’ve Never Seen ‘Twilight’ Nor Will I Ever”