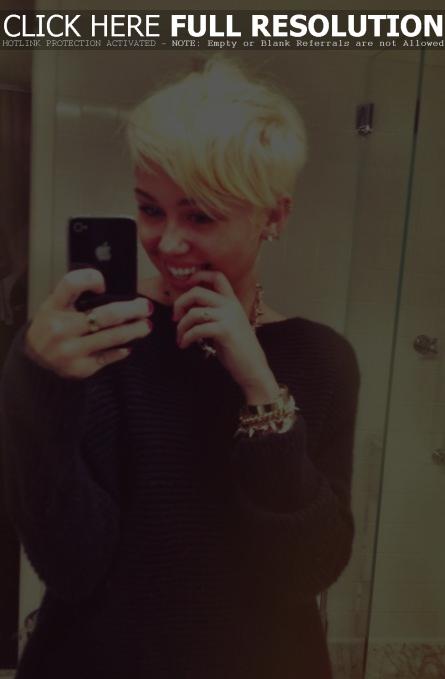 Miley Cyrus appeared on ‘The Tonight Show’ on Thursday (January 30) where the 21-year-old weighed in on fellow pop star Justin Bieber and his recent legal troubles that include a DUI in Miami, egging a neighbors home in Los Angeles, and an assault in Toronto.

“Uh … I would just say, you know, you got a lot of money. Pay people to make sure you don’t get in trouble,” Miley told departing host Jay Leno about her advice for the Bieb. “And party at your house. Buy a house, and add a club to it!”

For Miley’s own part, despite some headline grabbing incidents, she has avoided any of her own legal troubles. “I don’t see a Miley mugshot yet, and I’m like, look, I get the most flack of anybody,” Cyrus complained.