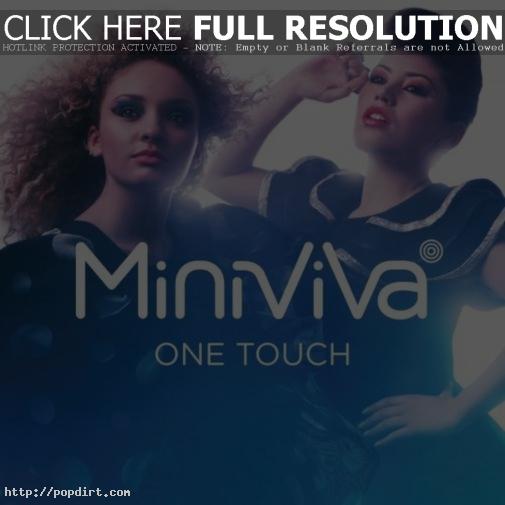 Mini Viva updated fans on their blog at MySpace (@miniviva) on Tuesday (April 27), discussing their tour opening for Diversity and promo for their new single ‘One Touch’. The British pop duo write:

So we’re reaching the end of our tour with Diversity and we’ve been having so much fun! We’ve been up north for the past few days which is great as we can catch up with friends and family when we’re near our home towns!

In Preston we did 3 gigs in one night! That was the most we’ve ever done in one day and it was tiring but great fun! First show was with Diversity, then a club called Cruise in Chester and then on to another club – Ikon in Bolton!

In Between the tour we’ve been promoting our new single ‘One Touch’ – we’ve been hitting radio stations around the UK and last weekend we did a performance for Koko tv – the new T4 pop show…you can catch it on 1st May at 12:20pm! Ndubz and Lee Ryan were also performing, so we got to catch up with them too.

The entire message, including a photo of Frankee Connolly and Britt Love at the 96.9 viking fm studios, has since been removed.