Mollie King On Being The Saturdays’ Only Single Member 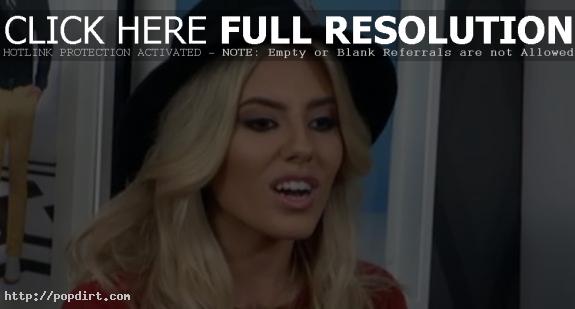 The post show party for ‘Chasing The Saturdays Episode 3 #SatsOnTheBeach’ has been posted online. The clip features Frankie Sandford, Mollie King, Rochelle Wiseman, Una Healy and Vanessa White talking with Terrence Jenkins about the episode, which featured Rochelle attempting to purchase $23,000 in lighting before getting rejected by her man and by Una, Mollie trying to hit it off with a surfer dude before he revealed he’s not single,

Rochelle explained in regards to her attempted shopping trip, “The reason it was so expensive was because I had planned to ship it back to London. Anyway, I sort of realized if I wanted to not get divorced, I better not spend $23,000.”

Talking about the difficulties in being the only unattached member of the girl group, Mollie said, “Well, I’m kind of like the 9th wheel, because of them and all of their boyfriends. It’s fine, because I get really involved in their (relationships) as well. I tried to invite myself on holiday with Frankie and her boyfriend. I was like, ‘Do you guys want to go skiing?’ because I really do, and they’re like, ‘Not with you Mollie’.”

Asked about the three things she looks for in a guy, Mollie listed one and said, “Firstly, they have to get on with the girls. If they don’t, the girls will tell me about it. They’re so hard, any poor guy that would come in, they’d be getting the 21 questions.”