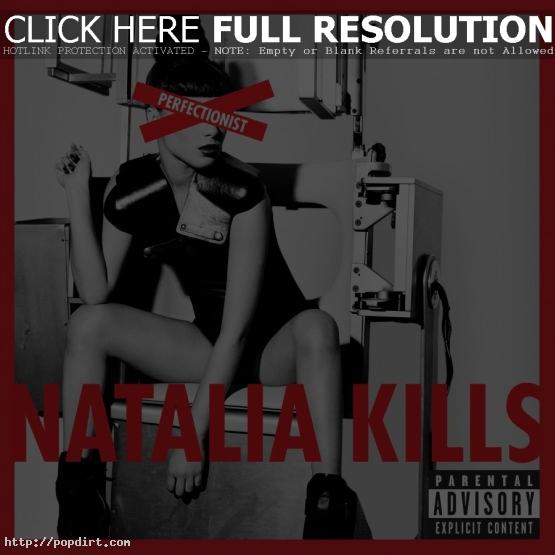 Natalia Kills has unveiled the cover artwork for her U.S. debut album ‘Perfectionist’, due out this summer. The album will feature Kills’ signature dark pop sound, including the single ‘Mirrors’, which was produced by the likes of Akon, Giorgio Tuinfort, and Cherrytree Records’ own Martin ‘Cherry Cherry Boom Boom’ Kierszenbaum. “Perfection is so over-rated,” says 24-year-old Kills, who’s currently on tour in Europe with Robyn.