Nelly Furtado is featured on Walmart Soundcheck in a live set and interview in support of her fifth studio album, ‘The Spirit Indestructible’. The Canadian singer’s live show, from Los Angeles, featured performances of ‘Maneater’, ‘Big Hoops (The Bigger The Better)’, ‘Spirit Indestructible’, ‘Turn Off The Light’, ‘Be OK’ and ‘Parking Lot’.

During the interview, Furtado talked about the album being aggressive, how she came up with the title track, having a balance in life, writing all of her lyrics and melodies, some features on the album, learning a lot in the music business over her 12 year run, and more.

On the album, Nelly said, “I’m really, really excited about it because I feel like it has a real adrenaline and energy to it and excitement. There’s a rawness to it. I’d describe it as a friendly punch in the face. It’s not violent, but it’s aggressive, it has a rawness and immediacy to it. The themes are quite positive and quite spiritual and very uplifting.”

On the title track, Nelly said, “It’s one of my favorites. It means a lot to me and I hope it means a lot to the fans that end up listening to it. I make music so people can enjoy it and bring it to their own worlds. I feel like the songs aren’t even mine. They’re mine when I write then and then after I share them they just belong to everybody else. I really make music for people to enjoy and that’s why I make music. ‘Spirit Indestructible’ kind of was the idea for an album title before it became a song. It came from a book I was reading. The phrase really jumped out at me, the spirit indestructible and this idea that we are all indestructible whether you’re talking about today’s times or if you’re talking about history and times when humans have overcome. The song has had many meanings and the meanings continue to evolve. That’s what I like about songs like that. When there’s a real positive love of the message in the music, people really take that and they re-interpret that and it becomes many things for many people and I love that.”

Talking about her personal life, Nelly said, “I think the secret to balance in life is having positive people around you in your personal life and your career. You need to surround yourself with positive people with great energy and you need to be able to determine what kind of energy drags you down and what doesn’t. My family has been amazing. I’ve had really good family around. They’ve managed to really keep me grounded because they’re so real. I come from a very working class background and simple roots. That really helps me.”

On being a veteran in the music business, she said, “I think just having been in this business for about 12 years now, I’ve learned a lot over the years. The first, they say that you have your whole life to write your first album. For me that would have been ‘Whoa Nelly’, which came out in 2000. I feel like I’ve lived a whole other lifetime since then. It’s 2012 and this ‘Spirit Indestructible’ feels like my debut again in a way, probably because it’s really eclectic. The sounds, there’s pop. There’s urban. There’s hip hop, reggae, world music, dance. All in one pop CD. I see myself as a vocal instrumentalist. My instrument is my voice and the different genres I explore are like playgrounds for my voice.”

Check out the performance and interview at soundcheck.walmart.com/nelly-furtado and check out additional photos from the appearance after the cut. 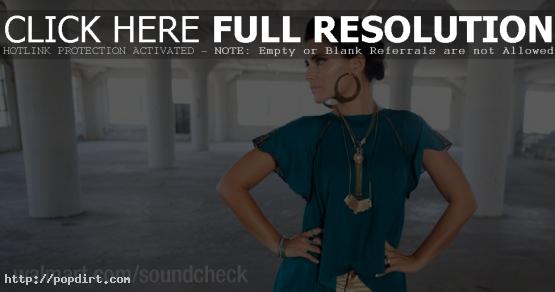 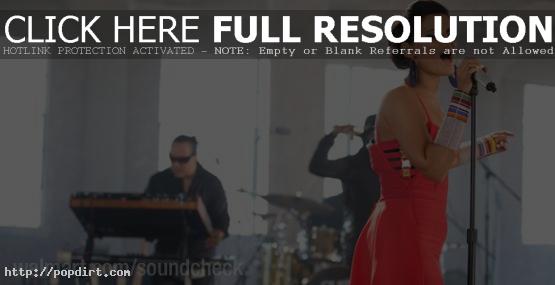 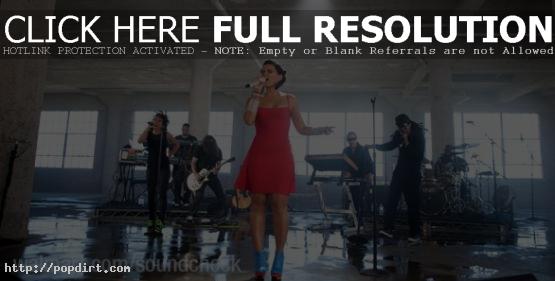 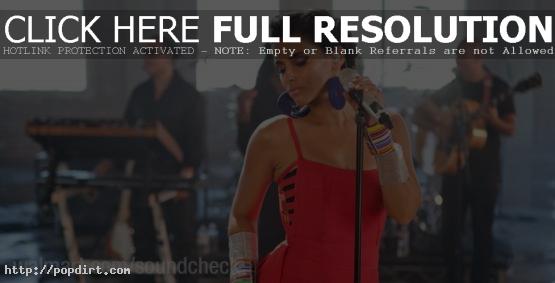 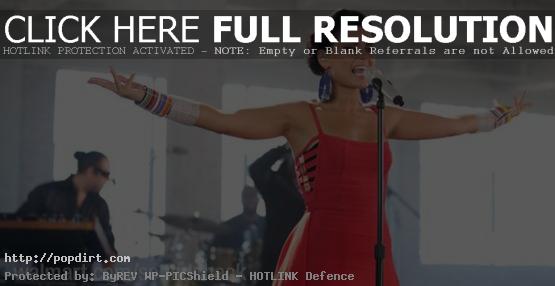