Nelly Furtado Had A Lot To Say On ‘The Spirit Indestructible’ 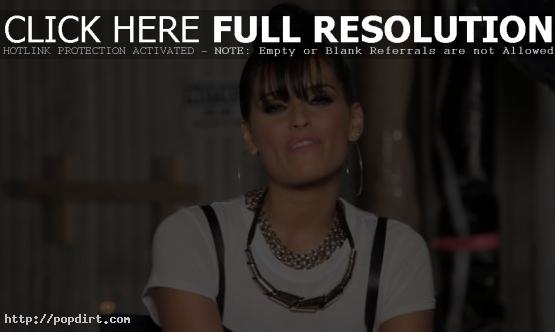 Conn Jackson interviewed Nelly Furtado recently, talking with the fellow Canadian about her latest album ‘The Spirit Indestructible’, the tracks ‘Circles’ and ‘High Life’, and the time off she took between albums.

On the track ‘Circles’, Nelly said, “It’s produced by this fantastic singer and this great American band called Passion Pit. The singer and me worked on that together. We wrote it together and we produced it, so I love that song. I love indie rock and they’re one of the greatest indie rock bands in America.”

Talking about the fifth album, she said, “It’s a really eclectic album, as usual, and I had a lot of fun making it, writing it. Really, blood, sweat and tears went into it, but the joy is what’s left over. I’m glad people can feel that joy when they listen to it.”

Asked what took so long to put the record together, three years, Furtado responded, “I don’t know. I think I just wanted to live it out. I just had to live it out. I write my songs from a place of… it’s almost like I write about my transgressions, so I had to collect those, you know? The last album I did was ‘Mi Plan’, but that was in Spanish, so it’s been six years since my last English release so I had a lot to say.”

As for whether one of those transgressions inspired ‘High Life’, she said, “When I wrote the song, I thought it was about a typical telling a story about a mid-life crisis, maybe the young man that went to law school because his parents wanted him to go or something like that. Really, I realized it’s about me and on the Loose Tour, I had this one concert where I was completely burned out and I hit the stage in tears, and it just hit me that I needed to slow down a little and take a break. That’s why I took a break after the Loose tour. It’s kind of about the difference between seeing success as some kind of destination, and seeing it as a journey. I think that’s a learned behavior, because we grow up dreaming a lot, don’t we? We don’t realize that your dreams coming true don’t exactly equal happiness per se. Happiness is more about balance and loving yourself, so there’s one.”