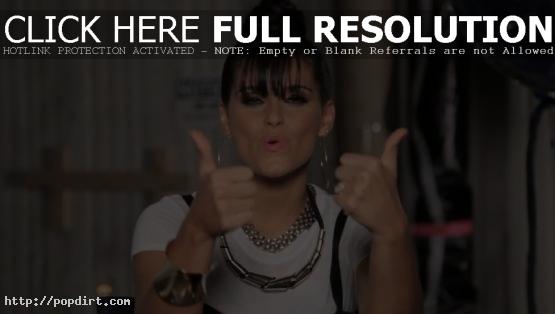 Nelly Furtado called into the K104 Night Show with Michael Bennett recently, where the Canadian pop singer talked about being back at it with a new English album called ‘The Spirit Indestructible’, adopting new looks and sounds from album to album, plans for a book, some of her favorite cities to visit, why Toronto has milk in bags and more.

“I guess this business can be quite tiring with all the touring and all the traveling. After ‘Loose’, I finished my worldwide tour and it was thrilling and also exhausting,” Furtado said about her lengthy pause between English albums. “I’ve been going hard since I was about 21-22, about 10 years, just kind of doing my thing. I just needed a break and I’m a writer first and foremost, just to write songs to connect with my fans and really to live a normal life and just kind of live, you know. So I took a break. I don’t know, I think it’s just my process. I say that after every album.”

On her new looks and sounds from album to album, she said, “I definitely try to evolve as a person. I’m also quite a visual person so the visual side of what I do is important to me. I think it’s just another way to express the music and express the songs. My songs are very personal. It’s just really fun. I love collaborating with the video director, photographers and just coming up with looks for performances and whatever it is.”

Nelly also revealed that a book may be coming soon. “Actually I’m right now planning an interesting addition to my album which will probably come out later than my album. It’s actually a book, ‘The Spirit Indestructible’ the book, in addition to ‘The Spirit Indestructible’ the movie on my web site where I detail and document the process of the album and the inspiration behind the songs… I would like to write a book that goes with the album and features the poetry I’ve written about the songs and some photography and artwork.”