New Kids On The Block ‘2 In The Morning’ Video 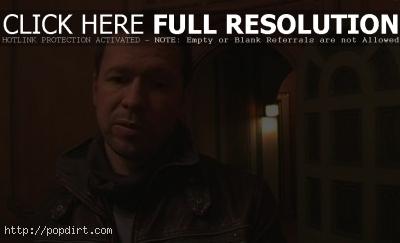 New Kids On The Block have just premiered the video for their song ‘2 in the Morning’, off the Boston boy band’s fifth studio album ‘The Block’, out now on Interscope. Shot at a mansion in Pacific Palisades, California, the John Logsdon directed video follows a feuding couple throughout the house.

Donnie Wahlberg describes the concept of the piece as “somewhat based on a very literal translation of the song with a twist. The twist is actually playing out of all the scenes is actually being played out in the head of the lead actor. We’ll leave it a mystery whether it’s happened already and he’s regretting it, or it’s happened and he’s replaying it in his head, or he’s imagining what’s about to happen if he goes in the house. It’s really gonna be up to the viewer.”

Watch it and behind the scenes footage via Vevo below.