New Kids On The Block ‘Summertime’ Video Making Of – Part 2 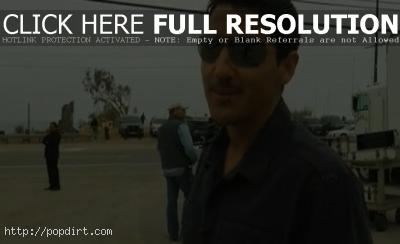 Part two of New Kids On The Block’s making of the ‘Summertime’ video has been posted online. Follow Donnie Wahlberg, Danny Wood, Joey McIntyre, Jordan and Jonathan Knight to Pacific Coast Highway in Malibu, California while Jon shoots his driving sequence, then to Topanga Canyon for Danny’s running scene and finally to Topanga Beach where all the guys reunite.

“It’s early in the morning. I think it’s like 8 o’clock,” Jonathan said. “We’re here on the set of our video for ‘Summertime’. It’s the first video we’ve done in maybe like 14 years.”

‘Summertime’ is available on iTunes now and will appear on their forthcoming album due out on September 2nd via Interscope Records.

Watch the making of footage below.