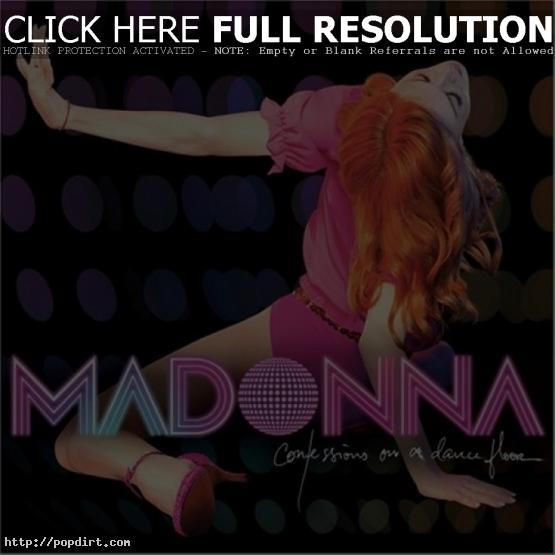 Victoria Newton of The Sun has previewed Madonna’s new album ‘Confessions On A Dance Floor’ and gushes that the album, set for a November 15th release, “wipes the, er, floor with her critically acclaimed CDs such as ‘Ray Of Light’. It is an hour of pure electronic dance/pop heaven.” She added, “I can’t find a weak track, and I’m confident the album will be hailed a masterpiece…” Read more.

October 19, 2005 – Contributed anonymously: I feel such shame right now. It reminds me of when I was a kid in school, didn’t have my homework, and the teacher announced in front of the whole class that I will receive a “0” I listened to it so I could make fun of it, as well as that old, aging hag who sings it. But I can’t get it out of my head! I keep trying, but it keeps getting in my conscious. It was even in one of my dreams last night. I had a nightmare that it went to number one and everybody loved Madonna again. To be honest, it’s one of the most cheesy, no brainer songs I’ve ever heard. But it is just so damn catchy! I really like the middle of it when she says, “I can’t keep waiting for you…you’ll wake up one day..and it will be too late.” It reminds me of 80s disco. I spend at least an hour each day praying it will flop. But I also have it on my mp3 player and have played it in my car. I’m truly ashamed to like a Madonna song. I feel nothing but guilt and sin. Any suggestions on how I can repent?

October 18, 2005 – After hearing that Madonna is claiming people “are going to go to hell, if they don’t turn from their wicked behavior”, Catholic League President William Donohue told The New York Daily News he likes the singer’s new morality. “For her to have this sudden wakeup call – that the kind of behavior for which she is infamous is not salutary for young people – is refreshing,” said Donohue, who has often slammed the Material Girl to the press.